If you could ask 2 Michelin star chef Massimo Mantarro one question, what would it be?

When Principe Cerami Restaurant opened in 2004 at the San Domenico Palace Hotel there was a huge goal to be met.  Create a experience that would change the reputation of grand hotel fine dining from old and austere to innovative and exceptional. 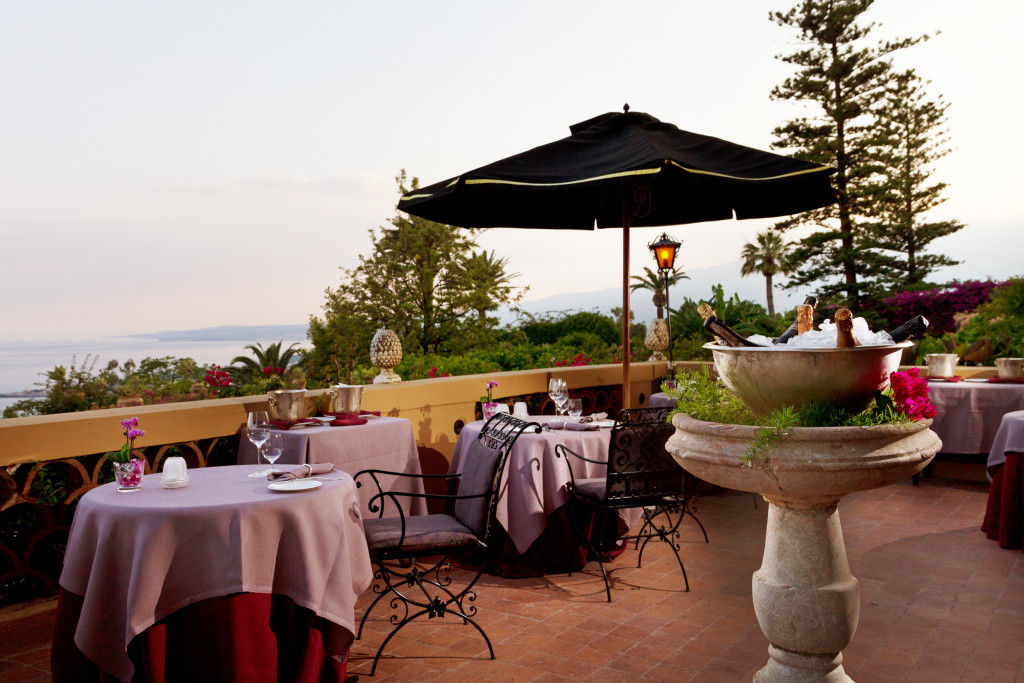 But how does a chef take on such a challenge and succeed with flying colors? What’s the secret to having a full dining room every night and a plethora of international rave reviews?  These were some of the questions I puzzled while sitting in the bar at the San Domenico Palace before my meeting with Massimo.  I was only a little uneasy due to me feeling like a culinary ignoramus, and realizing that my true burning question was, what’s your favorite thing to eat?…Now, before I tell you his response I’ll try to synthesize our hour long conversation that is worthy of so much more than a single blog post.

Let’s talk about pescespada for a minute.  Swordfish in English. It’s one of the most popular Sicilian fishes and you’ll find it on most restaurant menus all year round.  Season for catching pescespada is May through October, when fisherman gather in the Strait of Messina, some still utilizing the traditional harpoon technique (a grotesque but truly Sicilian experience).  So we can ask the question, if the true season for swordfish ends in October then why do we find pescespada on some menus in January?  The answer is, we’ve gotten so used to immediate gratification and having everything at our fingertips that we’ve completely forgotten that eating seasonally is crucial!

Massimo elaborated on this point and how in every aspect of his creations seasonality is the main ingredient.  It’s not about having favorite ingredients that dominate your cooking style, it’s about allowing yourself to be inspired by what’s ripe and thriving at the moment.  A prime example are mushrooms which are popping up all over the place due to the recent weather, and even though his allergy restricts him from partaking,  that doesn’t mean Massimo won’t create a specialty dish highlighting  wild and succulent local mushrooms, because to not capitalize on the naturally arising opportunity would be a waste.  Which brings me to the next most important point I took away from our conversation. 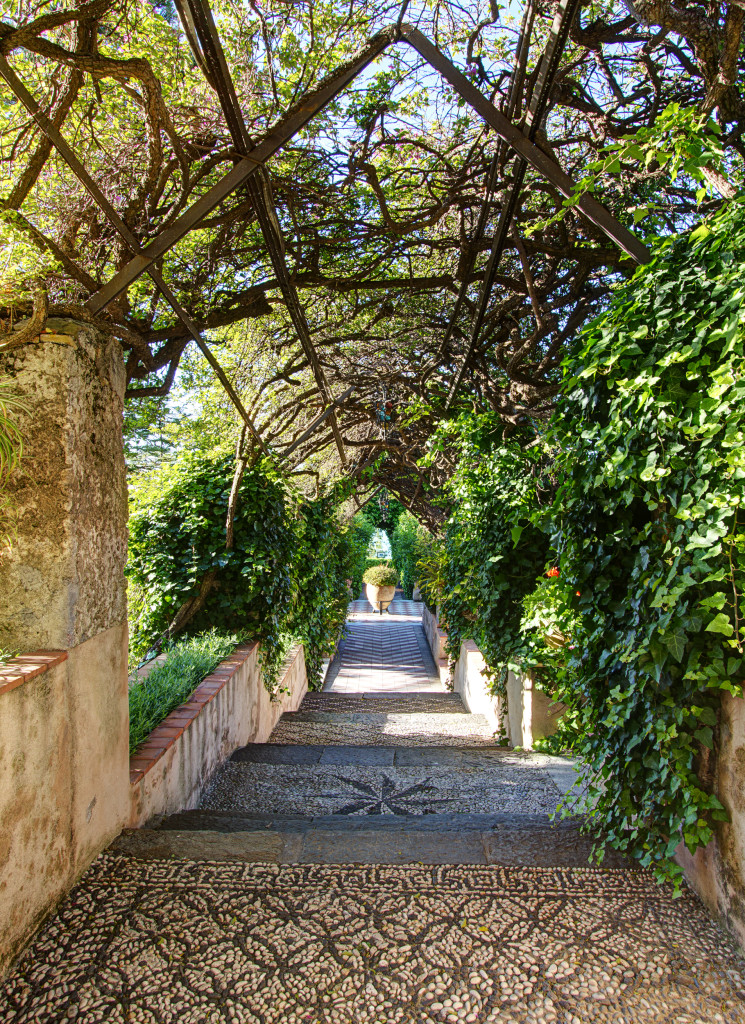 Territory.  Being a seasonally conscious chef means becoming an expert on your local territory and all it has to offer.  Knowing that the best pescespada comes from the Strait of Messina and having a seasoned fisherman to turn to when the cream of the crop comes in at seasons peak is all part the responsibility.  Massimo was adamant about the natural abundance that Sicily, and particularly this zone around Etna, provides.

I wanted to know if he thought that there was a specific dish that represents Sicily gastronomically.  He explained that the island has such diverse terrain that each zone is represented by it’s own host of particularities.  Almonds from Avola, maialino nero  from Nebrodi, Pistacchio from Bronte, (the list goes on and on).  This “famousness” is simply because crops, livestock, fish, etc all find there own little utopia where they can thrive, thus allowing them to mature both healthily and naturally.  One could argue that something as classic as la caponata could represent Sicily but then you realize that the caponata you eat in Palermo has nothing to do with the caponata you’ll find in Catania.  Which is part of the reason Massimo’s menu is born from the traditional recipes of this area but revisited with an eye to the future of gastronomy and his own personal style. 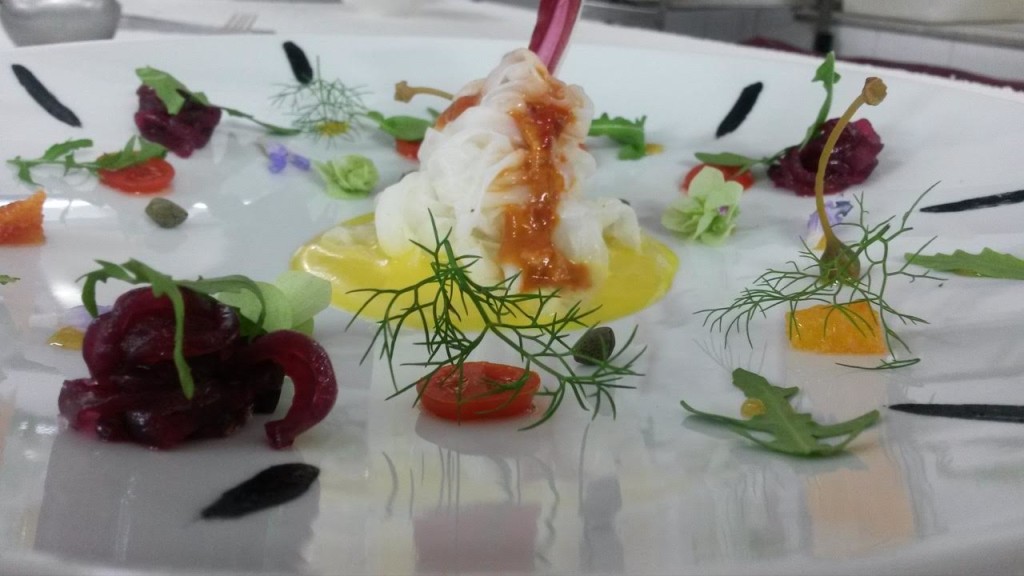 Bringing me to my third point. Tradition. Tradition in the kitchen is invaluable as a teacher and kind of guiding light for the inspired chef.  Sometimes we forget that so much of our love for cooking the kitchen is because it holds a special familial grip on our memories that is completely unique to ones upbringing. I love how no matter who you speak with here they always refer back to their grandmother in the kitchen preparing Sunday lunch and consequently feeding a family for hours and hours.  Remembering how one person could make an entire palazzo salivate with essentially the same menu every single weekend is the stuff of aspiration.

After being prompted by the question that some people believe eating completely alone can be a healthy practice Massimo could only respond, “how sad.”   He reflected on what it means to share a meal with someone and how beautiful the physical act of eating together can be.  His culture and family tradition plays as much a part in his style of cooking as it does in his style of sharing his creations. 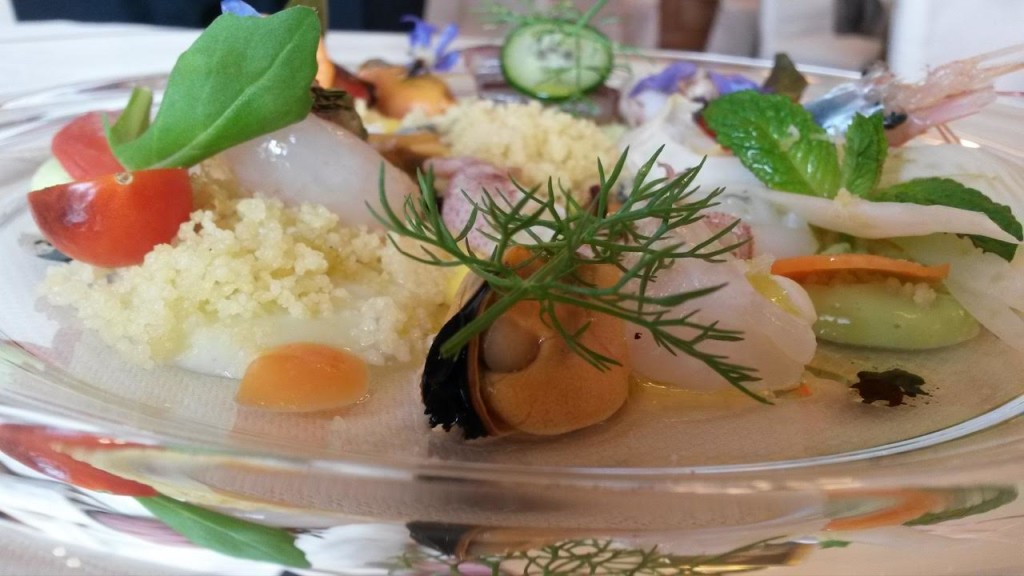 Pomp and ceremony comes with the territory of being an acclaimed chef but you would never use those two words to describe Massimo.  Indeed he did divulge to me at the end of our conversation his favorite thing to eat….a panino.  Why?  Because it’s one food that he can simply relax, eat, and above all not overthink.