Over the past few weeks in Taormina nothing has demonstrated this better than MUSCA, The Museum of Sicilian Cart’s, display of both new and old carretti siciliani! 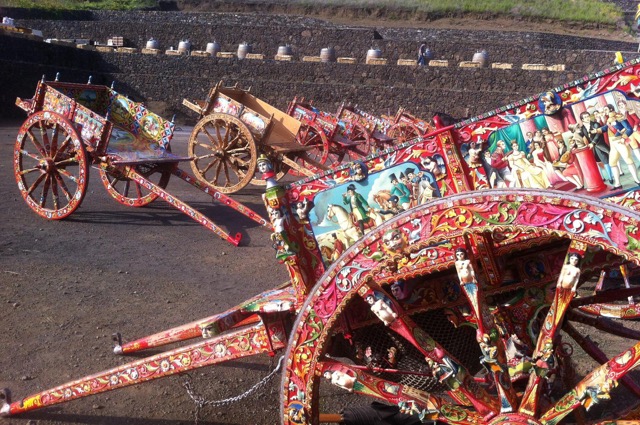 Vibrant colors, handcrafted and finely painted, carved figurines, and traditional garb, but most of all the folklore they represent, is what makes the Sicilian cart such an unforgettable symbol of Sicily.

Around the nineteenth century when the roads here became slightly more acceptable (not that they’ve improved much since then ;-)) the Sicilian cart became a practical means for trading and transporting goods. Described by Guy de Maupassant as “a walking puzzle”, the carts became artisan masterpieces covered from end to end in bright bold colors depicting scenes from Sicily’s history. 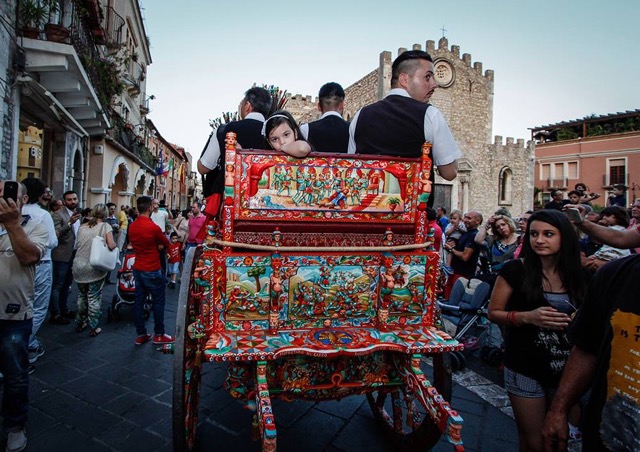 Though usually religious scenes adorn the larger panels of the carretti, painted to help ward of bad luck, many carts have interpretations of great battles featuring the famous Sicilian Pupi as its characters. Even the horses are decorated with bright feathers and colorful harnesses. 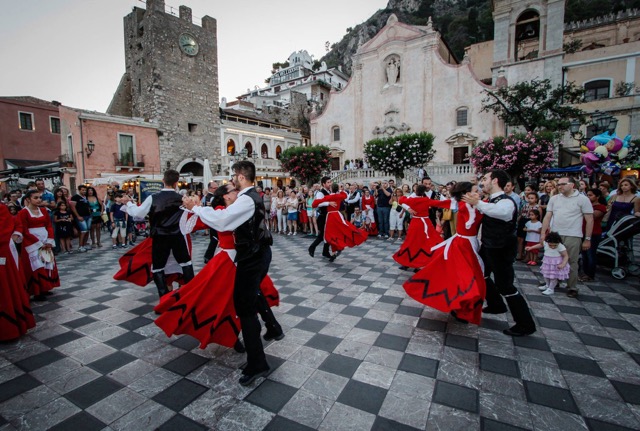 As with any artisan craft it takes dedicated families and people who pass down from generation to generation the rare talent and skill that it takes to create something so unique and authentic. However, it also takes those who are passionate and interested in helping preserve the magic and folklore that otherwise might go unnoticed simply out of obscurity….and for this we need to give a huge shout out to everyone with MUSCA’ for sharing their enchanting carretti Siciliani with the people and visitors of Taormina!